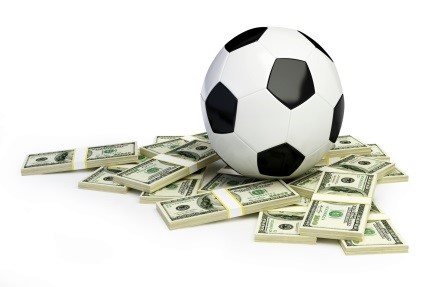 Accounting treatment for the football clubs of player transfers.

The FFP regulations were considered to be the desire for clubs to be sustainable over a period of time. This is done by decreasing losses that football clubs are able to make if they are to qualify for European competitions, such as the UEFA Champions League or Europa League

International Financial Reporting Interpretations Committee (IFRIC) received a request of how to recognise payments relating to transfers of players, which might be a key source of income for football clubs. Currently in general not to including as income from such transfers as revenue, but as a gain or loss on disposal of a non-current asset.

The query was made to IFRIC by a club that had received a player’s registration. In such case, player is prohibited to play for other club, and the registering club has employment contract with the player that prevents the player from leaving without mutual consent. The club had recognised the employment contract and the player registration together as a registration right, which was recorded as an intangible asset. This was capitalised at the cost of obtaining the asset under the principles of IAS 38, Intangible Assets.

Either recorded as Revenue or Intangible Assets Disposal?

The query raised with IFRIC was whether the entity could record the transfer amount received as in revenue, according to the application of IFRS 15, or should recognise the transaction as a disposal of an intangible asset.

The votes for the current treatment was more: that it would be disposal of an intangible asset. IFRIC quoted paragraph 113 of IAS 38, which states: ‘The gain or loss arising from the derecognition of an intangible asset shall be determined as the difference between the net disposal proceeds if any and the carrying amount of the asset. It shall be recognised in profit or loss when the asset is derecognised. Gains shall not be classified as revenue.

IFRIC decided that as the payment had been made in respect of extinguishing the registration right, it represented compensation for disposing of an intangible asset. Therefore, neither the proceeds nor the gain on disposal could be recognised within revenue by applying IFRS 15.

Is it possible or not to Recognise as Revenue?

For an entity to record the proceeds as revenue through IFRS 15, the registration right could not have been initially held as an intangible through IAS 38 but it would be held as inventory in accordance with IAS 2, Inventories. That case presented to IFRIC was not possible, but IFRIC accepted this situation in sometimes. The committee pointed out that paragraph 2 of IAS 2 requires an entity to apply IAS 2 to intangible assets that meet the definition of inventories.

To be classed as inventory, the registration rights have to be held for sale in the ordinary course of business. IFRIC decided that, the entity whose ordinary activities include the development and transfer of players, it is conceivable that circumstances exist in which the recognition rights associated with some players meet the definition of inventories.

Some of the larger, global football clubs may not appear to have the transfer of players or the sale of players as part of their ordinary activities. The combination of the emergence of Financial Fair Play (FFP) and the increased number of players in football academies has led to larger teams of players and increased sales of surplus players, even from the largest clubs.

It can be said that transfer of players may be part of the ordinary business of smaller clubs. As a fan of one of these clubs i know what it is to see an exciting prospect developing with the certain knowledge that the player will be transferred to a larger club before long.

We may start seeing some football clubs assess whether they can start to hold some player registration rights as inventory. This will change the accounts, as these rights would as the lower of cost and net realisable value as set out in IAS 2, instead of being amortised over the life of the contract as in IAS 38. This will impact profits annually, and also the club’s assets are held.

The value of the asset will be affected. It would now be held at the lower of cost or net realisable value. This means that the rights could hold their value longer, due to the lack of amortisation. There should be more judgmental decisions on the net realisable value, as players reach the end of their contracts, which could introduce a greater amount of judgment than the current intangible asset treatment. In theory, the current treatment allows for judgments in the form of revaluing the rights.